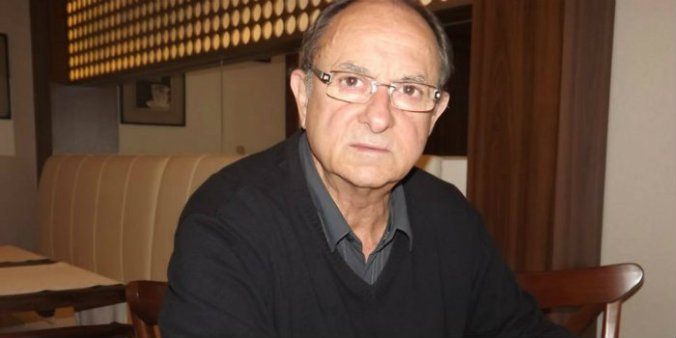 The veteran analyst explains what Iohannis`s mistake was, who benefits from the changes in justice an why Romania is not on the road to becoming a new Poland or Hungary

Ilie Şerbănescu (b. 1942) is a Romanian economist and analyst, who was minister of reform between December 1997 and April 1998. He has written more than 600 articles and several books. His most recent book is called ”Romania – a colony in Europe`s periphery“ (2016). It studies the different dimensions of the Romanian economy which prove that it is peripheral and dependent on its foreign masters.

Mr. Şerbănescu, we talked with you in December 2016 (our interview being available here in Bulgarian and here in Romanian), when the technocrats` project for Romania`s governance (with the former EU agriculture commissioner Dacian Cioloş as leader and prime minister) failed, after the Social Democratic Party won the parliamentary elections. Then you said that the social democrats had many sins, because they had surrendered the Romanian economy to foreign capital, but through their party the political system had defended itself against the threat of the elimination of parties as a factor in governance. You also foresaw that “a war” would follow the December 2016 vote with the anticorruption prosecution office (the DNA) being used against the Social Democratic Party. How should we interpret the removal of Koveşi in this context? What has changed and what is the same as it was in December 2016?

What remains unchanged is the fact that behind both fighting camps stand external masters, who are of the same type in any camp. What is different is that two years have passed, in which governance, but not power, belonged to the Social Democratic Party, which could govern the country in accordance with regular rules of governance, together with its coalition partner ALDE. The problem was that the camps’ confrontation was strong on the surface. It was a confrontation between the Social Democratic Party and the president`s camp.

The social democrats called the opposing camp “a parallel state”. I do not agree with this definition. Had it indeed been a parallel state, then it would have been a real state. In my view the definition “parallel state” refers to the Romanian state. But in reality those who hold power are the structures which stand behind the state – and these are external factors. Unfortunately, this situation is not characteristic of a parallel, but of a colonial state. The colonial state has neither a national economy, nor national decision-making, nor national identity.

Two years ago an attempt was made for Romania to be ruled officially through unelected, appointed structures, which were brought here directly from Brussels. This turned out to be much more than a failure. I think that those who did the experiment with the technocratic government of Cioloş (November 2015 – January 2017) reached the conclusion that such a form of governance was not convenient for them. It is not convenient, because if you appoint a government directly, you have to bear the responsibility for it too. It is much more convenient to rule through Romanian middlemen. It costs less. And when you don`t assume the responsibility, you can lay all the guilt upon the Romanians. They can be thieves, corrupt, everything. It is much easier to rule this way.

If the social democrats had fought against these tendencies, I would have understood why they are so unhappy. But in my view they didn`t fight, because they were creating “a political economy”, which continues to give gifts to foreign capital. It can use cheap labour here. The fiscal system is very good for foreign capital. Large amounts of its income can be externalised. No more gifts are needed. This was the social democrats` mistake.

At this moment those who supported Iohannis have no other solution but to remove Koveşi. Iohannis has to participate in NATO and EU summits. He can`t go to them as a president who doesn`t respect the constitution. So it was necessary for Iohannis to apply the Constitutional Court`s decision, which stipulated that he had to remove Koveşi from the position of head of the DNA.

You have mentioned the president, Klaus Iohannis. Ludovic Orban is the leader of Iohannis` party – the National Liberal Party, which is a member of the European People`s Party. Orban announced that Iohannis had to choose between his own interests and the interests of Romania. In the end, in Orban`s opinion, Iohannis chose the interests of Romania. On the other hand, a representative of the Save Romania Union has said that Iohannis is no longer their candidate for president. Will the events of Monday lead to other rearrangements between the various political forces, so that the political game will be changed from now on?

The situation is very complex. A month ago the war between the two camps exploded on the question of the Romanian embassy’s move from Tel Aviv to Jerusalem, as the Israeli government wanted. I don’t think that this is simply a personal conflict between Iohannis and Dragnea.

Iohannis made a mistake then. In my view this mistake was due to the fact that he is a German and doesn’t understand the exact meaning of the words in the Romanian language. The president said then that Mr Dragnea had gone to Jerusalem and made secret agreements with “the Jews”. This formula may not sound very hard in German, but in Romanian it is striking. I think that Mr Iohannis was not being a realist when he recently expressed his desire to be Romania’s president for another term of office. “The Jews” won’t leave, won’t forget and will punish Mr Iohannis’ approach.

You ask what has been going on. It doesn’t matter who is going to be supported by the Save Romania Union, because their political influence is insignificant. The problem is what the National Liberal Party is going to do. Part of this party’s problem is that its current president has filed a criminal case against the prime minister, Dăncilă, accusing her of “high treason” because of her agreements with the Israelis. It is clear that those who support Iohannis need some time in order to find another candidate for president…

In my view after the period of 30 days following the Constitutional Court`s decision (the maximum period for which Iohannis could postpone his own decision), he had an obligation to do what the institutions asked him to. We will see what will happen in the remaining year and a half until the next presidential elections. I think that we need to understand that it is not realistic to consider Iohannis as a viable candidate for head of the state. In my view the forces which support him are aware of this fact. It is remarkable to have your own candidate, but if he has made a mistake, you need to search for somebody else.

Is it correct to think that we are entering a new stage of the political game?

This is only how it looks. The players behind the scenes are the same.

Don`t worry… The social democrats with Dragnea at the front are neither Victor Orban, nor Morawiecki or Kaczynski. They don`t oppose the existing order in Romania. Their programme has not mentioned changing the status quo. The claims that Romania is joining the group of Orban`s Hungary and Morawiecki`s Poland, having a more independent course with regard to the EU, have no ground in today`s Romania or in the Social Democratic Party`s programme.

In any case, the social democrats have strengthened their position a lot recently. They have changed the Penal Code, the inter-institutional balances. Where is this strength of theirs coming from?

It is interesting why you think that the modifications to the Penal Code and changes in the justice laws give an advantage to the Social Democratic Party. I don`t see such an advantage.

Aren`t they managing to protect themselves from justice somehow?

As far as I know the changes in the justice laws and Penal Code don`t do anything but reduce the possibilities for abuse. I don`t think that this gives any advantage to anyone but the Romanians themselves. We can only welcome these changes.

Everybody knows that. The protocols for cooperation according to which the prosecutors did the work of internal intelligence contrary to Romania`s constitution, were unacceptable. If that is changed, it means the change is not bad. If there have been court cases based on falsified accusations, and if changes in laws have been introduced, so that this no longer happens, then the change is for good. These are changes imposed by the Constitutional Court, by the Venice Commission, by the magistrates` organisations. They are not Dragnea`s changes.

What I’m talking about could be verified with a whole list of concrete changes. No one has put an end to anticorruption. It is a lie that it is stopping. All the major crimes connected with corruption haven`t seen a change in their legal definition. Serious crimes such as bribery, traffic of influence and theft have not suffered any legislative changes. What are the changes then? Why are people so indignant? Is it the nonsense called “abuse of public service” that makes them indignant? There is no such crime in many European countries. It was invented as a crime because prosecutors couldn`t prove the bribery, traffic of influence, or theft. If they had a problem with somebody, they accused him of the crime of “abuse of public service”.

I don`t take anyone’s side in these contradictions. You have to understand that things are complicated in this regard. I think that Romania doesn`t have a more consistent or outspoken critic of the Social Democratic Party than me. I accuse them directly of betraying left values. They declare themselves left, but they laud themselves with right measures. They have ruled for the longest period in transition, they have destroyed the Romanian economy and have surrendered it to foreign capital.

The war that we are talking about today has been going on for a year and a half. Will it end with Koveşi`s removal?

I think it is not ending. The factors which were fighting continue to do so, and are as strong as they were yesterday. On the surface it may look as though what happened now is a kind of understanding between them. It is quite possible for such an understanding to exist, so that we don`t spend our time in Romania following and thinking only about the confrontation between Dragnea and Iohannis. We need to admit that it isn’t very important. This country has dramatic problems. We have the highest emigration in the world after Syria. Four million people have left Romania. Along with Bulgaria, we have the lowest wages. Our pensions are among the lowest in the EU. The greatest percentage of poor people in Europe live here. We have the highest number of households with outside toilets, without sanitation or running water. A lot of things have been destroyed in our country. We don’t need to waste our time on Iohannis and Dragnea.