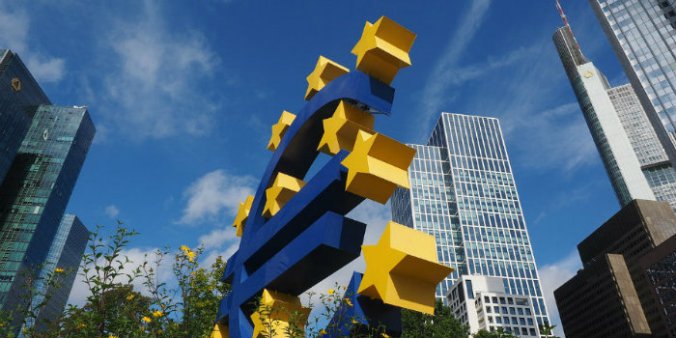 Technocracy is associated with finance in Western Europe, while in South-East Europe it is affiliated with justice and security (foto: Pixabay, CC0)

Will the campaign for the EU Parliament elections be framed in a way suitable for the rotten status-quo?

This article was published on 13 February 2019 on the Bulgarian section of the site ”The Barricade”.

The forthcoming elections for the European Parliament reveal the division lines in Romanian and Bulgarian politics. The traditional political confrontation between the left and the right is being displaced by other types of discourse – euro-optimists against eurosceptics, new and young against old, liberals and progressives against conservatives and finally, technocrats against populists.

The picture becomes interesting, however, once we focus on the details. The ideological confrontation in Romania seems clearly articulated. In Bulgaria various political ideas often coexist in the same party. This is why oftentimes political structures in this country are named after the restaurants where businessmen and politicians gather to discuss their projects. The political battle is over who will sit at the table of power and that is why the differences between liberals and conservatives are mostly in the label.

Even though the campaign hasn’t started officially, three Romanian parties have already announced their candidates for the European Parliament. The new social-democratic party Demos, an organization similar to the Polish Razem, has put out a list with mostly women candidates – 9 out of 12. The party states it is against all forms of discrimination. What attracted the attention of the press and social networks is the fact that the leader for the elections is a Roma woman with a Hungarian family name, Linda Greta Zsiga. In 2010 she and 70 other Roma families were displaced from their accommodation in Cluj Napoca and settled into the ghetto of the city, which is called Pata Rât and located close to a landfill. A documentary, with English subtitles, presents the events of that time and the protests which they provoked. Today, Zsiga works as a flower seller and is also a social activist. She campaigns for the right to housing as well as other human rights.

The social base of Demos is comprised of those from movements such as the right to housing in Cluj Napoca, Timişoara and other places; university professors in social sciences, and protesters against the mine project “Roşia Montana” (Romanian protests, which erupted in 2013, with their closest Bulgarian analogue being the movement “Save Pirin”). According to media this base amounts to over 1100 members and supporters, who have formed branches in 20 cities in Romania and abroad.

Polls show that the party will not be able to get even one MEP elected, but it has already received positive reception from key politicians. The former EU commissioner on agriculture and former prime minister in the technocratic government (2015-2017) Dacian Cioloş “expects” more from it, because “there is a need for a new political party in the left too, with a well-articulated message.”

Another announced list is comprised of Plus, the party of Cioloş, and Save Romania Union (USR), under the name Alliance 2020. While Cioloş was an EU commissioner he used to be called “the second French commissioner” for a number of reasons: he graduated from a French university, his wife is French, etc. While prime minister, he was the personification of a governance which neutralises the role of the parties and of the party system, while at the same time invites in members of the business and NGO sector. The second man in the USR is Cristian Ghinea, a former minister of European funds. The USR took third place in the parliamentary elections of 2016 and is considered to be a representative of the interests of the so-called ”young” in Romanian politics. Both formations position themselves as pro-European, technocratic, in support of the anti-corruption fight and against the Social-Democratic Party (PSD). The Romanian urban middle class considers the PSD a symbol of clientelism and the negative qualities of the political elite. The leaders of the two anti-PSD forces, Cioloş and Dan Barna (USR), have announced that they will consider a joint presidential candidate for the elections at the end of 2019, while other politicians in these parties claim that the union is part of a long-term strategy and is set for the next 10 years.

These three parties are new for the Romanian political system, even though Cioloş’s party has gathered in its ranks old faces connected to the former president Traian Băsescu. A wave of hatred poured out against Cioloş on social media after him and his relatives were accused of collaboration with the secret services and institutions of force. Such claims were also made when he was prime minister.

”I have never collaborated with the Securitate, nor with the secret services. I have not sold myself to foreigners, I have never had anything to do with Soros or with anybody else who had interests in Romania. All I have done in my professional life is through my own abilities. I haven’t had support and nobody stands behind me,” was Cioloş’s answer to the accusations.

With or without basis, the representatives of the technocrats in Romanian politics have been accused of a number of sins by their opponents – from collaboration with the secret services, hypocrisy in their ethical pathos against corruption, to loyalty to foreign interests and blindness to Romanian ones.

An opinion poll, commissioned by the Save Romania Union, shows that Alliance 2020 could take around 20% of the votes. At the same time, another opinion poll gives the ruling coalition 41% of the vote (30.2% for the PSD and 11.5% for their coalition partner, ALDE).

A curious role is being played by another “new” party with old faces: Pro Romania, which unites former social-democrats who left PSD because of disagreements with the leader Liviu Dragnea. Pro Romania is led by the former prime minister Victor Ponta (who ruled between 2012 and 2015). He has a political biography rich in symbols and reincarnations: His godfather is the former chief of the secret services and present ambassador to the USA, George Maior. Ponta entered a civil marriage with his wife Daciana Sârbu, a present member of the European parliament, in China. At the moment, the former prime minister declares himself to be a representative of the pro-European forces in the country. The first two places on the list of Pro Romania will be occupied by Ponta himself and the current Romanian EU Commissioner on Regional Politics, Corina Creţu. It is expected that the party will pass the electoral threshold.

New politicians against the dinosaurs of transition

The Social-Democratic Party, ALDE, and the oppositional National Liberal Party (which is to take 27.8% of the vote, according to an opinion poll commissioned by the party itself) are categorized by these new parties as “parties from the times of transition”, which have to be taken out of politics. The appearance of the so-called new parties, such as Demos and the Save Romania Union, is a consequence of the easing of requirements for the foundation of political parties; this took place through legislative changes in 2015. Now in order to register a party in Romania it is only necessary to have three founding members. It was expected that “the new politicians” along with the anti-corruption fight, which put the dinosaurs of the transition in jail, would lead to a transformation of the political elite.

However, the present ruling coalition undertook a redefinition of the anti-corruption fight. There are different opinions on whether this redefinition really stops and takes back the process of replacing the political elite of the country, or rather only slows down the entering of ”fresh blood” in politics and modernisation. Whatever the case may be, one of the intrigues of the last few years is related to the ever-shifting balance of forces between new and old politicians.

This might be the key through which one can understand the indignation on the part of representatives of the USR, who are now in electoral union with the Cioloş party, where there are politicians known to have changed parties a number of times during the transition. However, the union between young and old technocrats is probably due to their common desire to take the social democrats out of power and for sure has something to do with the relations between Brussels and Bucharest. Even though leaders of the PSD have expressed the desire to join the eurozone in 2024 and the administration they lead serves its obligations related to the EU presidency, the party of Liviu Dragnea tenders multi-billion agreements for weapons from the US and shows unequivocally that relations with Israel matter to them. At the same time, Western European countries feel their natural allies in Romania are the opponents of PSD.

Parallels between Bulgaria and Romania

The attempts of Liviu Dragnea and his political loyalists to affirm themselves in Romanian politics are constantly suppressed by the technocratic sector of the political system, which includes not only political parties, but also unelected institutions such as the prosecution and the security services. Some parallels with Bulgaria seem inevitable. For example, recently the same unelected institutions have grown their influence in Bulgaria through dubious legislative changes.

It is known that there is a friendship between Victor Ponta and the leader of the Party of European Socialists Sergei Stanishev, who a few years ago were the new faces of the social-democratic parties, whose base is mostly elderly voters. Today both parties have taken a turn towards social conservatism under the guidance of new leaders – Liviu Dragnea and Korneliya Ninova. In Romania, Ponta broke away from PSD and this puts pressure on its leader Dragnea to retain party members. In Bulgaria, there are contradictions between the supporters of the new course of the BSP and the president of the Party of European Socialists, Stanishev. The tensions are high, because of Stanishev’s ambition to be on the party’s list for the forthcoming European elections. However, there is no official break between him and Ninova so far.

The ruling party in Bulgaria, GERB, relies on the votes of euro-optimists. It seems to have a strong lobby in Brussels, because recently it was lauded both by the European People’s Party’s presidential candidate for the European Commission Manfred Weber (…“the economic development of Bulgaria is exceptional”) and his contestor from the Party of European Socialists, Frans Timmermans, who is the present commissioner on rule of law (“Bulgaria has achieved incredible successes in the fight against corruption and rule of law”). Both remarks, of course, are too optimistic and too detached from reality. It is noticeable that Brussels is too generous towards the Bulgarian Prime Minister Boyko Borisov and too strict towards Liviu Dragnea for the same problems. This is just another sign of the efficacy of the European lobby of GERB. The response of the main oppositional force in Bulgaria, the Bulgarian Socialist Party, is to move towards nationalist-populism. But both parties keep in their ranks europhiles and “Orbanists” (supporters of Hungary’s Victor Orban are generally populists and sceptical of Brussels’ official line), and put the former or the latter in front of media depending on what is politically advantageous.

The dilemma of European politics

In the 2016 book “The Search for Europe: Contrasting Approaches”, British researcher Christopher Bickerton observed a common tendency in the EU: the importance of parties as mediators between society and the state gets reduced. Instead, the political system is attacked by two extremes – technocracy and populism. European politics becomes a struggle to support and elect again the status-quo under the control of technocrats who face attacks from right-wing and left-wing populists.

Would the European elections change something in Romania and Bulgaria? European topics so far have had “a low profile” in the political discourses on the eve of the campaign. It looks like the vote will provide a fleeting portrait of the balances in society in anticipation of the next elections on national level.