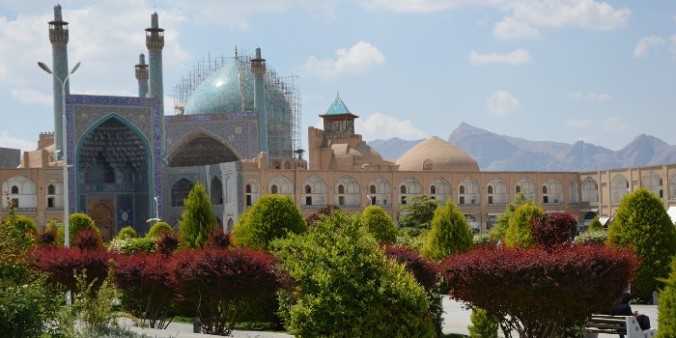 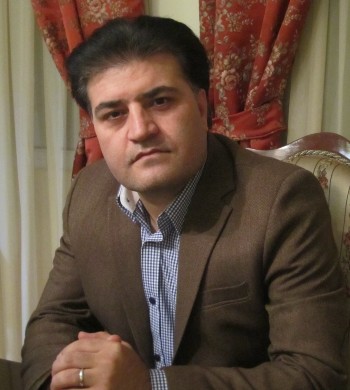 Farzad Ramezani Bonesh is an Iranian senior researcher and analyst on regional and international issues, with a focus on the Persian Gulf and South Asia. He has previously been chief editor of desk research at several Iranian research centers. He has published hundreds of research articles, short analyses and journalism in Persian and English.

This article was published on 10 February 2020 on the Bulgarian section of the site “The Barricade”.

Mr. Bonesh, in February 2020 there will be parliamentary elections in Iran. What results do you expect and what will this election mean for the foreign policy of the country?

The majority of Iran’s Islamic Consultative Assembly is expected to change. This change is in the interest of critics of the government. The incoming parliament will be more right-wing. This change does not have a profound and fundamental impact on Iran’s foreign policy, but it can allow for new tactics in Iranian foreign policy behaviour.

To what extent could the results represent a detachment from Hassan Rouhani’s original plan of opening to the world and integrating with the world economy?

Indeed, the results could represent a detachment from Hassan Rouhani’s original plan of opening to the world and integration with the world economy. But these results won’t bring about a significant change in the foreign policy.

In the times of Ahmadinejad and Rouhani, Iran created “an axis of resistance” in the Middle East, comprised of countries with Shia populations and/or Shia rulers, against what Tehran considered “arrogance” in regional politics. What is the future of this axis of resistance in a period when the White House applies a “policy of maximum pressure” towards Iran, when there were anti-government protests in Lebanon and Iraq at the end of 2019, and even Iran has recently seen demonstrations?

Despite the fact that the White House applies a “policy of maximum pressure” on Iran, and despite the protests in Lebanon and Iraq at the end of 2019, this axis of resistance won’t change much. It will not change, because the scope of cooperation and relations continues despite the change in governments. Also, there is no change in Iran’s major policies in Iraq and Lebanon.

At the UN summit in September 2019 the Iranian president Hassan Rouhani launched an initiative for Persian Gulf security, which aims at regional cooperation on security and is directed against interference in the region from the outside. There is a similar Russian proposal for collective security in the region. In this same period, an American naval mission for security was launched in the Persian Gulf, and in January 2020 a European (French-led) naval mission also launched. What does Iran hope to achieve with its Persian Gulf security proposal, given that Saudi Arabia, Bahrain, and the UAE have joined the USA-led Gulf security initiative? For the time being, what are the consequences or results of the Iranian security initiative?

Although Saudi Arabia, Bahrain, and the United Arab Emirates have joined the US-led Gulf Security Initiative, Iran is working to reduce US pressure on the Persian Gulf. From the perspective of the clerical government, Iran’s security initiative is an olive branch of peace. The extension of this olive branch will have consequences for Iran in the short- and medium-term. However, there are many challenges to the realisation of the Iranian plan.

On 31 January 2020 it was announced that INSTEX – the European-Iranian barter mechanism – has not completed a single transaction since its launch. It was announced that this mechanism, which was meant to circumvent sanctions, would only deal with pharmaceutical, medical, and food products, which are exempt from US sanctions anyway. The EU3 (Great Britain, France and Germany) have shown that they are concerned exclusively with the salvation of the nuclear deal. But what is Iran’s position as far as relations with the EU are concerned?

Iran’s interests with respect to relations with the European Union are diverse and involve political, economic, and geopolitical dimensions. Tehran hopes the Europeans can ease Trump’s economic pressure and force Washington to return to the nuclear deal. However, this is very difficult.

What role could countries such as Bulgaria and Romania, who have had harmonious relations with Iran for many decades, play in this specific moment, when tensions around Iran and the sanctions against it are growing?

Donald Trump claims that he has “a great deal” to discuss and sign with the Islamic Republic. The present Iranian government rejects even the idea of such a deal. But could such a deal be possible if the Iranian parliament’s equilibrium shifts 2020 and if a different Iranian president comes to power in 2021?

Certainly, if the Iranian parliament in 2020 achieves new political balance and another president is put in power in 2021, it will help change the way we look at the United States and possibly allow for a new agreement to be reached. Changing political, economic and regional conditions and the introduction of new variables may lead the future government to a new agreement within the framework of Tehran’s security interests in the region.

What is the likelihood that Iran will reach a new agreement with the Western powers? How beneficial will it be for the Islamic Republic if it continues its affiliation with Russia and China, who it held naval exercises with a short time before general Soleimani’s death?

There is a possibility of reconciliation with Western powers in the medium-term and it would be a win-win agreement for the Islamic Republic and the West.