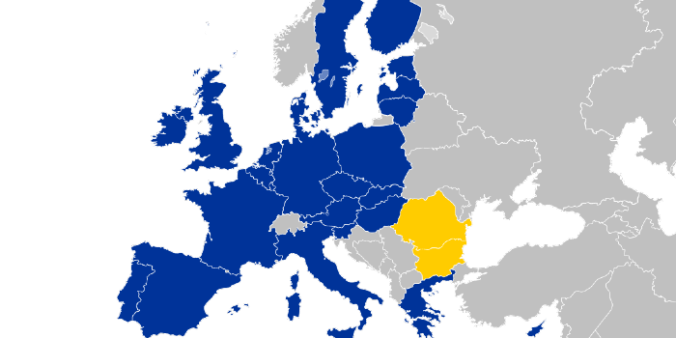 Romania has a greater problem with the spread of coronavirus than Bulgaria. But Romania also has greater care for the ordinary people and the business

This article was published on 5 April 2020 on the site of the Sofia branch of the European Council on Foreign Relations. It reports on the socio-economic measures in Romania and Bulgaria until the beginning of April 2020.

This week Romania entered into the fourth level of the emergency situation, after more than 2000 cases of coronavirus infection were confirmed. This means that whole cities and regions can be quarantined. This has already happened in Suceava, where more than half of the patients in the regional hospital have been infected with COVID-19. Romania applies stricter control measures than Bulgaria – you go out of your home in the day with a declaration, which announces the goal of going out, while between 22 o’clock and 6 o’clock on the next morning no one can walk on the streets.

In this context it is probably good that the pandemic advances slower in Bulgaria so far. But a specific of the Bulgarian “model” for crisis resolution is that the socio-economic measures are weaker than they are in a number of European countries, including in Romania. This could have been a remain from the strong governmental inertia to have a balanced budget and to aim for the eurozone. But as the governor of the Bulgarian people’s bank Dimitar Radev says in an interview for the Nova TV the dreamed destination – the entering in the eurozone’s waiting room, will be postponed in the present conditions.

In any case, the Bulgarian government so far is frugal as far as the social measures are concerned. There are no such measures for long-term unemployed people, for more than 215 000 self-employed. It is not clear how much and how lasting will the consumption be supported. Until now Bulgaria was relying on the demand in Western Europe and on the increased economic power of the urban middle class, but big social masses felt marginalised. Romania could serve as an inspiration for measures – not only for the vulnerable groups, but also for the business, which is the main receiver of support in Bulgaria.

Let’s start with the business. In Romanina the medium enterprises will be able to receive credits with advantageous conditions, which will be guaranteed to the extent of 80% by the Romanian state. The maximal value of those credits, if they are used for work, will be up to 5 million lei (1,02 million euro), and if they are used for investment up to 10 million lei (2,04 million euro). The guarantees for the micro companies can amount to 90% of the level of funding, and the credit line can amount to 500 000 lei (102 000 euro) for micro companies and 1 million lei (204 000 euro) for the small enterprises. The Ministry of Finance will subsidise at the level of 100% the interest rates upon the guaranteed credits. The interest rate payments will be subsidised from the moment of the credit’s giving until 31 March 2021. The period in which the credits will be guaranteed is 36 months with possibility for prolongation with other 36 months. The credits for investment will have a 120-month period of being guaranteed.

The Romanian Senate approved on 31 March 2020 a law, which allows for the physical persons and firms to postpone the payment of utilities (water, electricity, nature gas, cleaning, telephones, internet and cable TV) for a period of three months after the law has entered in force. After that they will be paid gradually for a period of 12 months those bills without interest and without punishment for delay. Also, a ceiling on the prices of medicines, sanitary materials and medical consumables is set at 10% above the price of production for produces and at 10% above the price of producer for the distributors. A ceiling is also imposed on the prices in the shops of the food products from the minimal consumption basket on the same principle. A legislative proposal was introduced in the Senate, according to which the inhabitants, the firms, the self-employed professionals, the state institutions and the juridical persons, whose activity was stopped or hindered by the application of public institutions’ laws and decrees will be freed from the payment of rent for the real estate, which is registered as headquarters or place of work. Even in this moment according to the emergency decree of the government the small and medium enterprise with a certificate for emergency situation, issued by the Ministry of the Economy, Energy and Environment, can postpone the payment of the rent for their offices – if they are the main headquarters or the secondary headquarters.

In Bulgaria representatives of the business are unhappy that they have to pay rents, but don’t have the economic activity, necessary to generate income. A problem will the rent will have also the physical persons, who have entered in unemployment or unpaid leave.

“The social minister Denitsa Sacheva informed that 20 million levs (10,22 million euro) will be given for social patronage, with which 12 000 people who need supplies of food, medicine and additional social services, will be covered. 1500 tones of packaged food products will be given out”, writes the site of radio Free Europe. A postponement of the payment of taxes until 30 June 2020 is valued at 600 million levs (306,66 million euro) less money in the budget now, which remain at the disposal of the people. 500 million levs (255,55 milion euro) will be for the increase of the capital of the Bulgarian Development Bank, and it is expected that they will create credits for 2,5 billion levs. So the sum is in reality 2,8 billion levs (1,43 billion euro) or 2,3% of the GDP until 2019, but it becomes 4,5 billion levs with the multiplication effect of credits.

The stimulus package, announced in Romania has the value of 30 billion lei (6,21 billion euro) or 2,6% of the GDP for 2019. The expected multiplication effect will be 100 billion leu (20,68 billion euro). The financial minister Florin Cîţu announced that the state has the resources to pay income of 1 million people in state of “technical unemployment” (with suspended contracts, because of impossibility of their factories to function) at the monthly amount of 4 billion lei (830 million euro) “for more than a month”. A governmental decree stipulates that in the period, in which the labour contract is frozen on the initiative of the employer because of temporary stop of work, at least 75% of the base salary according to the individual labour contract will be paid out of the unemployment compensation, but no more than 75% of the medium gross salary. The so-called authorised physical persons (self-employed) and people with business, in which they work alone, will be able to use minimal salary, when their activity is stopped. A recovery of VAT will take place at the amount of 9 billion lei (1,86 billion euro), there will be medical leaves for 2,7 billion lei (560 million euro) and other payments from the budget. Cîţu has declared that the health ministry alone would has received 1,7 billion lei (350 million euro) in plus in relation with the fight against the coronavirus until the end of March 2020. The payment of taxes for real estate, land and cars is prolonged until the end of June 2020.

The minister of European funds Ioan Boloş points out that there are a few ways, in which Romania will support its citizens with socio-economic measures. A fund of 300 million euro will be used for the incomes of the people in technical unemployment. Medical equipment and protection suits will be bought with European money at the amount of 350 million euro. Financial support will be given to the departments for intensive care of hospitals. It will vary between 135 million euro and 250 million euro according to the number of beds, which will be added to these departments. Last but not least, there will be support for the expenditures on social workers. 1000 social assistants will serve 100 000 elderly people without income, who are in a state of self-isolation. 250 million euro will be given for packages for personal hygiene and food for people with incomes below the medium one – 1,1 million people.

In the middle of March 2020 it was announced that Bulgaria will have altogether 1,358 billion euro of European funds for fight against the pandemic and its social-economic dimensions. 812 million euro of them will come from a special EU fund for fight against the coronavirus. It is not very clear how will the European funds be used. So far there are signs that medical equipment, protection suits will be bought with them. Also there will be bonuses of 1000 levs for the medical and non-medical personnel on the front line of the fight against coronavirus.

In Bulgaria a ban on freezing of bank accounts and forced execution over real estate was introduced. In Romania the forced executions over property are also stopped, except in the cases, when the people taken out of the real estate have elsewhere to live in the conditions of pandemic. It was also promulgated that the credit payment by the debtor can be frozen on the will of the debtor, be it a physical or a juridical person. In Romania it was allowed as of the beginning of the state of emergency that one of the two parents or the only parent when that is the case to use days off, in order to take care of his/her child in the conditions of closed schools. The days off are paid at the 75% rate of the salary with the received some unable to be over 75% of the medium gross salary.

The list of measures in the two countries is not complete, but allows for understanding what measures have been taken in the conditions of the coronavirus pandemic and socio-economic crisis. The crisis in both countries will be deepening. In Romania the number of the infected grows rapidly. In Bulgaria the test for the citizens is not only related to their physical health, but also to the socioeconomic and psychological safety. No one reports in the pandemic stats the drama of the healthy, but socially weak Bulgarians.