The Romanian language and literature professor talks about the richness and social commitment of contemporary Romanian culture, which is an integral part of European cultural processes 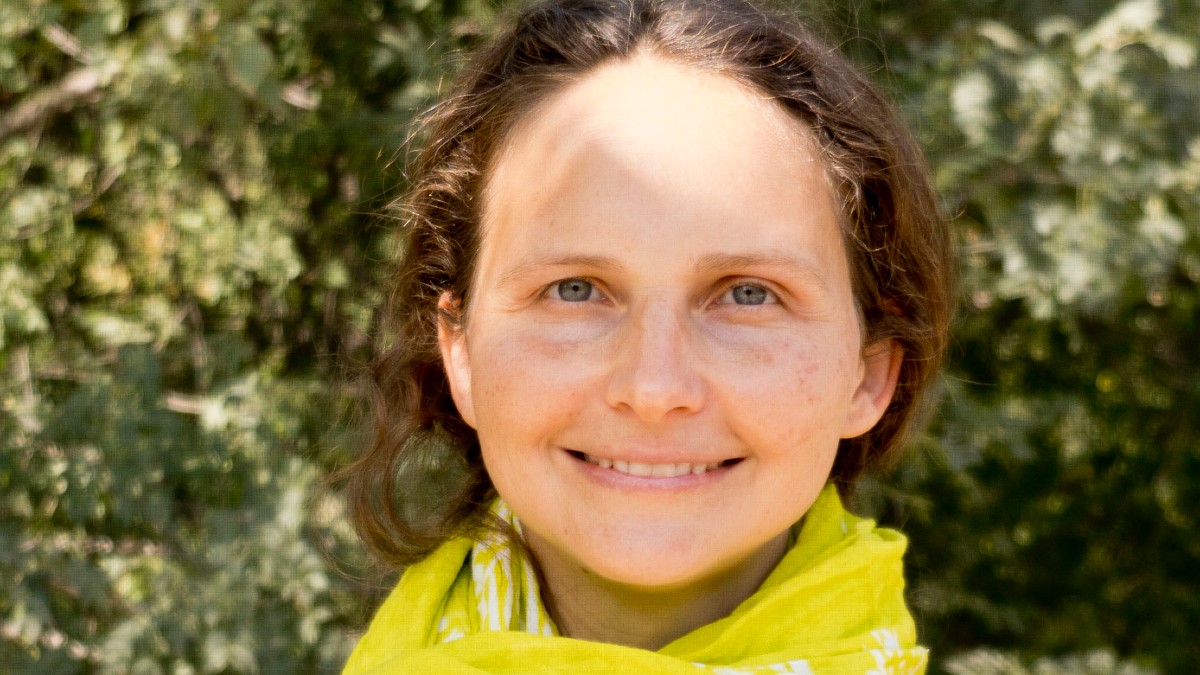 Ms. Nenkovska, you are a great admirer of Romanian culture and Romanian literature. What do you find in them? To what extent is Romania a peripheral country on the European cultural map and to what extent is its culture central to the region and to Europe?

Yes, I am fortunate that Romanian literature and culture are an integral and essential part of my daily life. In Romanian art and literature I find everything that a person looks for in his interaction with culture and its manifestations – meaning, wisdom, new directions, knowledge, encounter with different worlds. I can go on and on for a long time, because Romanian literature is extremely rich. I will quote one of my favorite authors, Matei Vişniec, who says that a lot of exceptionally high-quality literature has been written in Romanian.

I cannot perceive Romania as a peripheral country on the map of European culture. For me, the culture in Romania is alive and pulsating, and is an integral part of both the creative map of the Balkans and the European cultural processes.

It is sufficient to mention the wonderful contemporary drama (Gianina Cărbunariu, Elise Wilk, Matei Vişniec, Peka Ştefan, Mihaela Michailov, etc.) that our northern neighbors have, artists such as Dan and Lia Perjovschi, the vivid poetry scene, the many international literary festivals, the rich musical life. I really want to see in Bulgaria such influential and socially engaged texts, written and put on stage, as I see them in the contemporary Romanian theater. We need to have such festivals as the Iaşi Literature and Translation Festival.

You have translated into Bulgarian the Romanian writer Max Blecher, a kind of Romanian Kafka. Why does this writer play a big role in the development of Romanian postmodernism?

Max Blecher (1909-1938) is one of those writers who leaves deep traces in literary memory with his originality and specific aesthetics. For his short life he created a significant legacy in various genre forms – short stories, aphorisms, poetry and fiction. His three novels – Incidents in the Near Unreality, Marked Hearts and The Illuminated Den, make him one of the most important Romanian writers. His novels introduce the reader to the depths of human consciousness. And perhaps it is because of this specificity that he is compared to Kafka. I personally do not find an excuse for such a comparison. To me, Max Blecher is Max Blecher. Strongly influenced by surrealism, by Kierkegaard’s books, which he did not part with, and by the illness that forced him to live bedridden until his early death, at the age of only 29.

Mircea Cartarescu, who compares him to Kafka and Bruno Schultz, says that in Incidents in the Near Unreality, Blecher brings the Romanian novel’s narrative between the two world wars to what might be called postmodernism because of the strong presence of kitsch, imitation simulacrums precisely in this novel of his.

Interest in Max Blecher revived among poets of the 2000 generation.

An excerpt from your translation of a work by Simona Popescu, a leading Romanian postmodern writer of the 1990s, was recently published in the Literary Newspaper (Bulgaria). What could draw the attention of the Bulgarian reader to the mental labyrinths and torments of the main character from her book? Are we not today as a nation too material, too ridden in everyday thinking, incapable and uninterested in such mental tensions and quests?

Yes, in March Literary Newspaper published an excerpt from the novel Layers of Life, which was recently published by publishing house Gutenberg and can be read in Bulgarian. This is a very important novel for Romanian literature. It was published in 1997, has been republished eleven times since then, has been included in literature textbooks and has accompanied the formation of generations of readers for more than two decades. Shells of life is indeed a representative novel for postmodern literature, in which there is no action, but nevertheless something constantly happens on a mental level. Blecher’s influence can also be detected. Simona Popescu is an extremely talented poet. She is a professor of contemporary Romanian literature at the University of Bucharest and is an in-depth researcher of Romanian surrealists.

Shells of Life is an experiment book. It is not a narrative that takes us from point A to reach and end logically at point B. Prepare to ascend and descend in a spiral and to tread in the deep waters of the intelligent prose-labyrinth. At first glance, it may seem that this is a story about childhood, adolescence or self-search, but this is not a diary, nor is it a narrative that aims to build the image of a growing and maturing person. Rather, we are offered a narrative of all those faces-beings-essences of whom we are built, like the wooden Russian matryoshka doll, which hides inside countless identical smaller siblings, a whole “female society,” in the words of Simona Popescu.

There is interest towards Romanian culture and literature in the Bulgarian media and society. There is talk of a whole translation “school” of Romanian literature, supported by the translation program of the Romanian Cultural Institute. At the same time, in Romania there is still the opinion that in Bulgaria we are strong in the production of vegetables, not ideas. Why are Bulgarian culture and intellectuals not popular in Romania and do not capture the imagination of Romanians, as you have been subjugated by Romanian creativity? Who has no imagination in Bulgarian-Romanian relations?

Yes, I agree that in recent years we can talk about the existence of a translation school and a strong reception of contemporary Romanian literature in Bulgarian, and this is due to the far-sighted policy of the Romanian Cultural Institute, which under Horia-Roman Patapievici laid the foundations many fruitful programs to create generations of literary translators and the existing program to support the publication of translations of Romanian literature around the world.

In my opinion, Bulgaria lacks such comprehensive and well-funded programs for consistent support and financing of translations of Bulgarian authors into foreign languages. We have wonderful contemporary literature and I am sure it will find its readers in Romania.

In the autumn of 2020, you translated poems and excerpts from novels by Romanian writers nominated for the Sofia Nădejde Women’s Literature Awards. How do you assess this initiative? And what is your cooperation with it?

I really like this initiative, which has created a barometer for tracking women’s writing in Romania and its inception. This year I was invited to translate the nominated texts into Bulgarian and make them available to Bulgarian readers.

I think that such initiatives are very necessary, because women’s writing continues to be neglected, unnoticed, and therefore non-existent in the world of literary awards.

The aim of the Sofia Nădejde Award is to make women writers visible in their various pursuits and literary forms. I am very curious how this initiative will change the perception of readers and literary life in Romania in a few years.

What do Bulgarians and Romanians lack to have the cooperation and trust they had in the Middle Ages (when they fought together against the Byzantines and Latins) or in the period before the Liberation, when masses of Bulgarian immigrants lived in Romania? Do elites or nations have greater potential to develop Bulgarian-Romanian relations today?

I think we lack more knowledge about each other as peoples, more opportunities to meet in cultural initiatives that help build that knowledge and empathy, a sense of the other. Culture, art and literature for me are the ways in which we can most easily meet and communicate.