An interview with the political scientist from the University of Bucharest about the first two months of the Cîţu government, its policies and the draft budget, and its intentions to restart anti-corruption

This article was published on 20 February 2021 at the Bulgarian section of the site “The Barricade”.

In Romania, social tensions are rising after the centre-right government of Florin Cîţu began cutting social benefits. Trade unions of health workers, public sector workers, police and other professions have been protesting for more than a month in various forms against Cîţu’s cabinet efforts to cut some of the gains made during the Social Democratic rule (which ended in 2019). The news from the middle of February is that Romania’s Social and Economic Council (which includes employers, trade unions and NGO members) has given a negative opinion on the country’s draft budget. On February 20, 2021 (Saturday), the Students’ Union protested against the abolition of free travel cards for students on Romanian state railways.

Last week, the government also submitted to parliament a bill to remove the special section for investigating violations of the judiciary, which has served as a brake on anti-corruption activities since its golden days, when the anti-corruption prosecutor’s office (the DNA) was headed by Laura Köveşi. The special section was set up while Romanian politics was dominated by Liviu Dragnea, an influential baron of the Social Democratic Party, whose desire to redefine Romania’s fight against corruption led to protests by hundreds of thousands of middle-class and corporate Romanians in 2017-2018. Immediately after the European elections in May 2019, Liviu Dragnea went to prison, and Romanian politics has since gradually moved under the domination of right-wing forces.

To learn more about the changes that the Cîţu government has brought to Romania since its formation in December 2020, we contacted political scientist Aurelian Giugăl.

END_OF_DOCUMENT_TOKEN_TO_BE_REPLACED

The new Romanian government of the right forces – the National Liberal Party, the Alliance 2020 (Save Romania Union and Plus) and the Democratic Union of Hungarians in Romanians declared in its programme willingness to allocate 6% of GDP for health, 6% of GDP for education and 1% of GDP for research. These three promises copy important points from the Cluj Declaration – a document of the Romanian civil society, accepted in November 2014 on the central square in Cluj-Napoca as part of the protests that preceded the election of Klaus Iohannis in his first term as a president. Mihai Goţiu, then coordinator of the site “Clean Romania”, declared before this blog in 2016 that the Cluj Declaration remains a programme of the civil society and it is being advanced by the NGO sector. The blog “The Bridge of Friendshp” shares with you an English-language translation of this document, which was originally published at Clean Romania – a site of Romanian civil society:

END_OF_DOCUMENT_TOKEN_TO_BE_REPLACED

An informational guidebook gathers at one place the most important data and legal norms, which regulate the life of Bulgarians in the northern neighbour

The Bulgarian-Romanian relations have their successes on the level of business, but they will have an even brighter future, if they are get activated at the level of common people. It looks like this is the goal of the digital book ”Informational guidebook for Bulgarians in Romania”, which was published in 2019.

END_OF_DOCUMENT_TOKEN_TO_BE_REPLACED 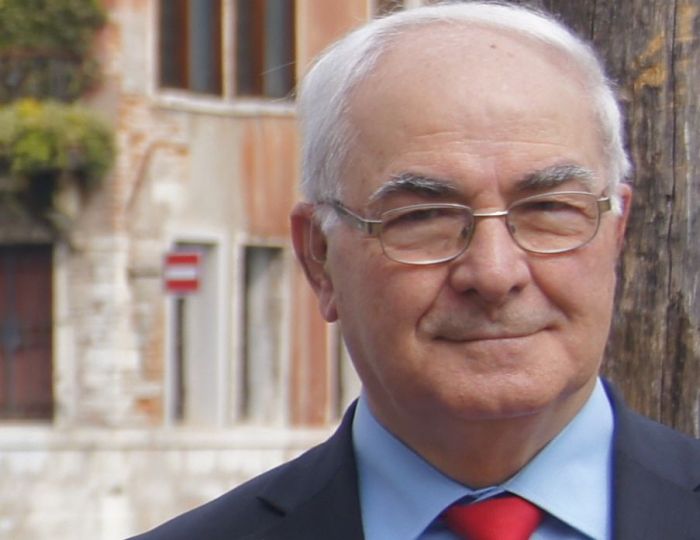 The world after this crisis will be more fragmented, more unjust and inequal, says the Italian economist, who is a former adviser in the European Commission. He also states his opinion on the EU answer to the crisis, created by COVID-19

This article was published on 13 April 2020 on the English section of the site ”The Barricade”.

Riccardo Petrella is an Italian economist who was a scientific and technology policy analyst to the European Commission between 1979 and 1995, becoming a witness and voice of dissent over the EC’s definition of Europe as a union of competition. He is the main force behind the report “Limits to Competition” by the Group of Lisbon that has criticised the neoliberal reforms undertaken by the Commission of Jacque Delors, that serve capital and markets, but undermine the achievements of Post-War Europe. Petrella worked between 1967 and 1975 as a scientific secretary, and then as the director of The European Coordination Center for Research and Documentation in Social Sciences in Vienna – an organisation that brought about scientific exchanges between East and West Europe  during the times it was divided. The Italian university professor taught between 1982 and 2005 at the Catholic University of Leuven (Belgium); including courses such as “Scientific and technological politics” and “Economic globalisation”, and has been a lecturer in other universities and countries, too. Between 2005 and 2006, he was president of the Water Company of Puglia (Italy). In 1997, he founded the International Committee on the World Water Contract, which has the former Portuguese president Mario Soares as a president. In 1998, Petrella published “The Water Manifesto” (first in French and then in English in 2001), where he unveiled his vision for water as a “common good”.