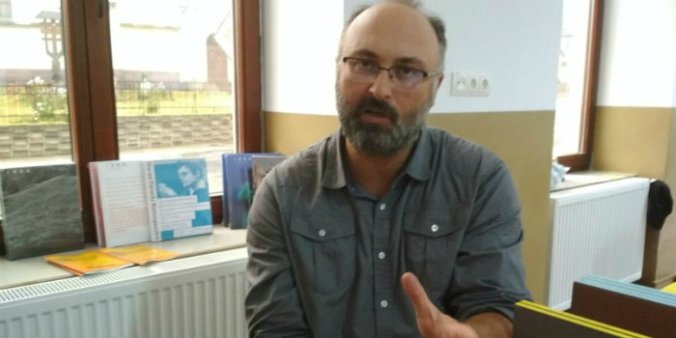 The Barricade talked to Ovidiu Ţichindeleanu, the Romanian philosopher, about the importance of the late Samir Amin’s ideas, the need for Eastern Europe to follow its own path of development, the message of the Telciu Summer School, and the need for a ‘left-wing spirituality’

Ovidiu Ţichindeleanu is a philosopher and a theorist of culture, a co-founder of the Romanian left-wing site CriticAtac, the Romanian platform Indymedia, and the Eastern European left-wing political platform, LeftEast. He was a member of the Governing Board of the El Taller International NGO. He currently lives in Chişinău, Republic of Moldova. Ţichindeleanu is one of the driving forces behind the Idea Publishing House in Cluj Napoca and the Centre for the Study of Modernity and the Rural World in Telciu, the latter being the organiser of the Telciu Summer Conferences and the Telciu Summer School. His most recent book is Contracultură. Rudimente de filosofie critică (’Counterculture. Thoughts on Critical Philosophy’). He is the Romanian translator of books by Silvia Federici, Sylvia Marcos, Walter Mignolo, Arturo Escobar, Lewis Gordon, Immanuel Wallerstein, Ivan Illich, Gilles Deleuze, and Peter Sloterdijk.