The birth date of the Bulgarian-Romanian site, which you read, is 19 September 2015. What happened in the last five years and what follows?

In the summer of 2015 I returned to Rousse as an unemployed person, who has doubts it makes sense to be a journalist in Bulgaria. My attempt to become a corporate employee didn’t end with success. I saved the sense of being a journalist with focus international news without even realising I am doing that through a decision with great potential for change – the foundation of the blog “The Bridge of Friendship”.

END_OF_DOCUMENT_TOKEN_TO_BE_REPLACED 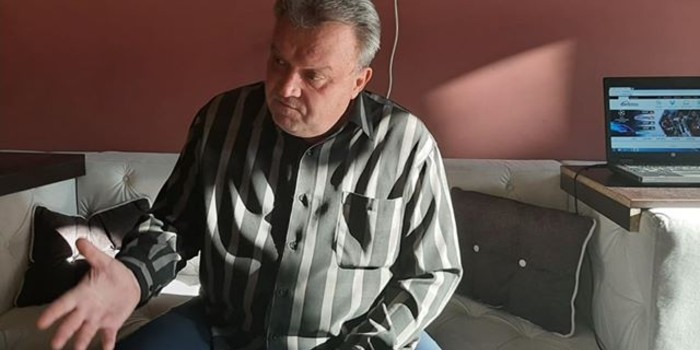 Ivan Kyurkchiev has been the director of State Opera – Rousse since 2017. He comes from a family of musicians and he started playing the violin at the age of 6. He  graduated from the musical high school in Rousse, studying viola and opera singing. He fulfilled his military service in the choir of the construction troops, with whom he had his first concerts abroad. In the last year of his studies of opera singing in the Conservatory in Sofia he was selected to specialise in ”La Scala” in Milano for two years. In his second year he won the competition ”Enrico Caruso” and then he received the chance to stay and work in Italy. Kyurkchiev has sung in many Italian  cities, in South America, in Marsilia, Bordeaux, Montpelier, Budapest, Prague and other European cities. In 1996 he became the director of State Opera – Rousse for the first time. In 2000 he established his events company ”Opera Verdi”, which has organised performances for almost all Bulgarian opera theatres in Europe and the USA. At the end of 2017 Ivan Kyurkchiev became the director of State Opera – Rousse for the second time.

This text is part of a journalistic project by Smaranda Şchiopu and Vladimir Mitev, through which they try to better understand the Bulgarian-Romanian relations in the cross-border area around the Danube.