Interviews of the Bulgarian National Radio with the Romanian political scientist Sorin Ioniţă and with the Bulgarian foreign policy analyst Lyubomir Kyuchukov about the changing balance between technocrats and populists in the Bulgarian politics, about the possible effect of the elections on the Bulgarian-Macedonian relations and the Russian-Ukrainian conflict

In its edition of 12 April 2021, the program “Something More” on the program “Horizon” on the Bulgarian National Radio sought an answer to the question of what Bulgarian politics looks like when viewed from the outside. There were two comments on the issue: of the Romanian political scientist Sorin Ioniţă (in a conversation with Vladimir Mitev) and of the Bulgarian foreign policy expert Lyubomir Kyuchukov (in a conversation with Georgi Markov).

END_OF_DOCUMENT_TOKEN_TO_BE_REPLACED

An interview about the Bulgarian election campaign on the eve of the 4th April 2021 parliamentary elections: what parties will enter parliament, what happens to the left and the populists, what is the secret of Borisov’s longevity in politics and what are the worst scandals in election times

Vladimir Mitev is the editor of Barricade Romania. He has been dealing with international journalism since 2008. In the last 5-6 years he writes constantly in Romanian. Articles and interviews with him have appeared in Decât o Revistă, Critic Atac, Q Magazine, Magazine 22 and some cultural media in Romania.

This interview was given to the Barricade Romania on 26 March 2021.

END_OF_DOCUMENT_TOKEN_TO_BE_REPLACED

Farzad Ramezani Bonesh is an Iranian senior researcher and analyst on regional and international issues, with a focus on the Persian Gulf and South Asia. He has previously been chief editor of desk research at several Iranian research centers. He has published hundreds of research articles, short analyses and journalism in Persian and English.

This article was published on 10 February 2020 on the Bulgarian section of the site “The Barricade”.

END_OF_DOCUMENT_TOKEN_TO_BE_REPLACED 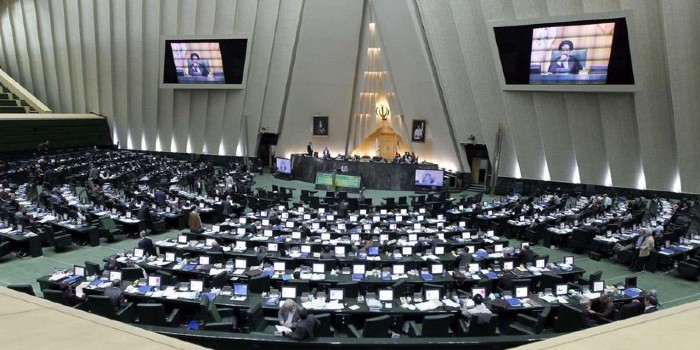 The Iranian Parliament (photo: Parmida Rahimi, CC BY 2.0, via Flickr)

This article was published on 21 January 2020 at the site ”The Barricade”.

The murder of the Iranian general Qassem Soleimani and the taking down of the ucrainean airplane over Tehran in the night, when Iran fired against American military bases in Iraq, happened a little bit more than a month before the parliamentary elections in the Islamic Republic. That is why they will ceratinly influence the future political map of the country. On 21 February 2020 Iranians will vote for Islamic Consultative Assembly, which has prerogatives mostly with regard to the internal policy and the economy. Also, the members of the Assembly of Experts, which has the right to dismiss and appoint the supreme leader, will be partially renewed.