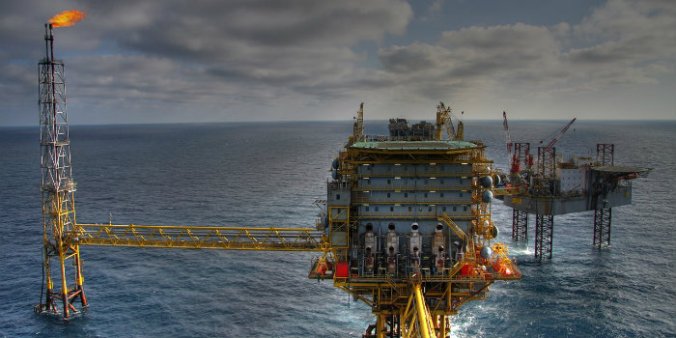 “The world is already full and there is no place for rapid economic growth. What Bulgaria lacks is not more GDP, but a proper thinking on global issues”, affirms the economist Dimitar Sabev in his speech at the presentation of the Jubilee Report of the Club of Rome in Sofia at a conference, organized by the “Friedrich Ebert” foundation

This article was published on 24 February 2019 г. on the Bulgarian blog Bodil.bg and is republished here with the permission of the author.

It is a great honor to take the floor after the lecture of Professor von Weizsäcker – the honorary president of the Club of Rome and a scientist, whose works I have studied since my student years. I would now try to present the Bulgarian context of this important topic: is it possible, and if it is possible, is it rational, to have constant economic growth on a planet, whose resources are limited.

Let me sum up a widely shared opinion in Bulgaria: „yes, the planet has a limited capacity to support its population, and the excessive production and consumption are harmful, but this doesn’t refer to us, the Bulgarians”. In other words, Bulgaria is still a poor country and its economy should not be constrained because of planetary considerations. The limits to growth are applicable for the rich North-West of the world, but let us first accumulate wealth through strategies for “catching-up development”, and then to put limits on our economy.

This point of view is not only wrong, but it damages the capabilities of our country. Let me point out the three large defects of the Bulgarian economic growth. They imply that the rise of the GDP is not a solution to any of the national problems.

First, the rise of the Bulgarian GDP in the last years correlates with a huge credit growth. For the last four years the increase of the bank credits equals the half of the rise of the GDP (50,5% for the period Q1 2015 – Q3 2018). The graphic below shows clearly that after 2017 the rise of credit overtakes the rise of GDP. This means that population loses economic and civic freedom. It falls in the well-known downward spiral: unbearable work for serving of credits, which have been taken in order to buy goods, which in their turn serve as a consolation for the person, stressed by unbearable work.

Perhaps the second defect of the Bulgarian growth is even worse: this growth takes place in a clearly unequal society, where the Gini index is above 40 points. This is the most unequal society in the EU. In 2017 (the latest available data of Eurostat) 6 percent of the richest Bulgarians received more income than the poorer half of the Bulgarian population.

In such an unequal society the growth of GDP will not resolve by itself the problems of poverty and social exclusion, but would simply make the richest people even richer. That is how we come to the third defect of Bulgarian growth: it takes place in few industrial zones – in the so-called “islands of growth”. Most of this growth takes place in the capital, where 40% of GDP are produced.

At the expense of the rest of the country, the investments in public infrastructure are being channeled to these zones. As if the Biblical proverb comes true: “Whoever who has will be given more”. At the same time six Bulgarian regions with overall population of 900 000 have GDP level in 2016, which is below the respective GDP level in 2007, when the country entered the EU.

Could we think that if we overcome these defects of the Bulgarian economic growth, we would continue to “catch-up” with the levels in Western Europe? At the end of the day, some would say it is not the GDP growth that is to blame, but certain national specifics. But is it so indeed?

That is how I reach the most important part of my discourse – the two zones of wealth. In the first zone, the economic growth saves human lives. In the second zone it undoubtedly brings benefits, but they are much smaller – there is a falling marginal utility of GDP. In some countries, 100 dollars more or less determine whether somebody will live 30 or 60 years: whether she will pursue her happiness or she will have a desperate existence. In other countries, this sum is the receipt for dinner in a not-so-expensive restaurant.

It has long been argued that beyond certain level wealth loses the great part of its meaning. One of the most inspiring things is that Bulgaria is in such a turning point at this moment. Having more than 20 000 dollars GDP per capita according to the purchasing power parity, this country is already sufficiently rich, so that it could take care for the long-term non-economic well-being of its citizens.

The threshold of 20 000 dollars annual GDP per capita is not random. It is a scientifically proven value, confirmed by various authors. Beyond this threshold the quality of health, education, social protection does not depend so much on the dimensions of wealth, as on institutions and the social structure.

Back in 2005 Donella Meadows pointed out in the updated edition of “The Limits of Growth” that the GDP level in Eastern Europe was a similarthreshold. Her claim was one of my motives to explore the seemingly meaningless issue of the limits to growth in a country with lower incomes such as Bulgaria.

Some people might say: those 20 000 dollars are measured by the purchasing power parity, but in reality the sum is below 10 000 dollars: let’s first become twice richer, then we will save nature, will fight for equality, etc.

I propose another point of view. According to the Global Footprint Index Bulgaria has a positive ecological balance in 2014. In other words, its biocapacity per capita is greater than the ecological footprint. Moreover, Bulgaria counts among the few European countries, which can boast with that.

World map of the ecologic footprint

Thus, there is something in the Bulgarian socio-economic model, which permits a lower pressure on nature. This is something, which lacks in the countries, whose GDP we want to “catch-up”, paying a high price for that.

Several international studies in the last years point out the power of social links in Bulgaria. Socialization is what has been permitting the Bulgarians to make ends meet , in spite of the relatively low level of income. There are institutions and traditional ecologic knowledge in Bulgaria, which could be interesting for the western researchers of post-growth.

That is how I reach three important points of my discourse and I will finish it with them. The three of them need a wider national discussion.

First, it should become widely known that the rise of GDP is not a key to happiness. At this moment, the “poor” Bulgaria is richer than the happiest countries in the world.

A recent study has uncovered the spheres, which represent an obstacle to national happiness in Bulgaria. These are the feeling that the country is being governed poorly, the poor quality of life in the small towns, and the assault on environment. These problematic areas should receive attention with priority, instead of emphasizing on the GDP growth, which lurks behind each and every national policy.

Second, the Bulgarian socio-economic model contains elements, which undergo erosion, but will be more and more precious in “a full world” – cyclic holidays, home economies, traditional taboos, mutual aid networks, barter systems. The more of these things are preserved, the greater the real wealth of Bulgaria will be.

Third, it is necessary to decolonize our minds. Modern degrowth movement in Western Europe repeats this slogan often, but the West continues to see itself as the intellectual center to the world. Bulgarians also get accustomed to the self-consciousness of an intellectual periphery, which tends to import thinking. Bulgaria has a unique natural and geographical position in Europe. By using the high intellectual samples like those of the Club of Rome, it should create its own thinking on the most important problem of our present times: how to put reins on this insatiable monster, which leads society further and further – where probably lies an abyss.